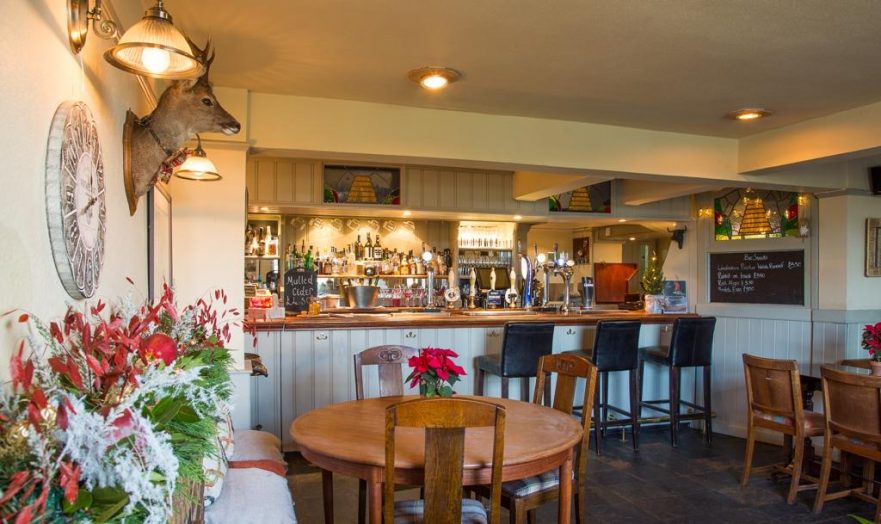 is a Michelin-starred laureate with a galaxy of top culinary awards to his name. A sixth generation restaurateur, he grew up at his family’s acclaimed Castle at Taunton. From here, his experience took him to some of Britain’s most famous restaurants – among them London’s fashionable Kensington Place, Heston Blumenthal’s Fat Duck, Bray’s Hind’s Head (as Head Chef) and finally, before moving to The Beehive in August 2014, as Head Chef at The Royal Oak, Paley Street, where he won a Michelin Star, 3 AA Rosettes and was ranked among the Good Food Guide’s top 50 restaurants in Great Britain.

In Dominic’s words: “At The Beehive, I want to offer beautiful food in a real English pub. Food that is heart-warming, seasonal, packed with flavour and at prices that are affordable. I just want our guests to go home happy!”

Dom’s wife, Helena, whom he met at Kensington Place in 2001, also comes with a wealth of experience – notably as a weddings and events manager. Her role will be to manage and oversee The Beehive as a great venue for parties and special occasions. Meanwhile, Helena’s sister, Alicia, who has worked in some of London’s top eateries over the past twenty years, manages the floor and front of house team.

We all look forward to seeing you at The Beehive and showing you a great time.